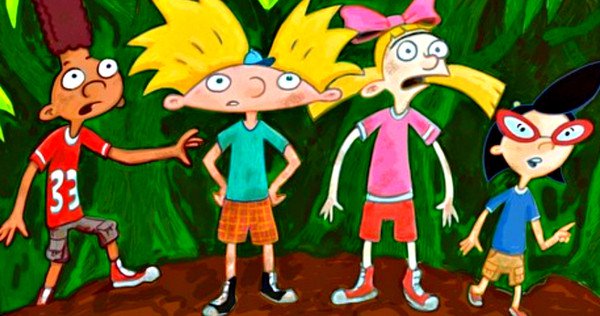 The Nickelodeon is investing in several revivals, among them is the feature film that will conclude the history of drawing Hey Arnold, entitled Hey Arnold: The Jungle Movie.

The company disclosed, during the San Diego Comic-Con 2017, the first minutes of the animated feature.

Hey Arnold: The Jungle Movie it takes place a few days after the last episode of the series, which aired in 2004. The plot begins in the neighborhood where he was born, but most of it takes place in a jungle in South America. According to the producers, the main objective of the film is to explain who Arnold's parents are and what happened to them.

Hey Arnold: The Jungle Movie is scheduled to debut on November 23 in the USA.

Hey Arnold: The Jungle Movie gets its first official trailer

During the Nickelodeon panel at the New York Comic Con, the official trailer for Hey Arnold: The Jungle Movie was released.
read more
Reviews

San Diego Comic Con does not live only for big companies, we are occasionally introduced to something more unknown, but impressive. This is the case with Major Grom, a Russian film that we had a chance to check out.
read more

Trailer Subtitled 'The Woman in Black 2 - Angel of ...

The Incredibles 2: Mr. Incredible faces the challenges of being "owner ...