Thunder Wave
Start Series News SDCC 2017: "There were no negative receptions to the choice of Jodie Whittaker", says ...

SDCC 2017: "There were no negative receptions at the choice of Jodie Whittaker", says Steven Moffat about the new season of Doctor Who 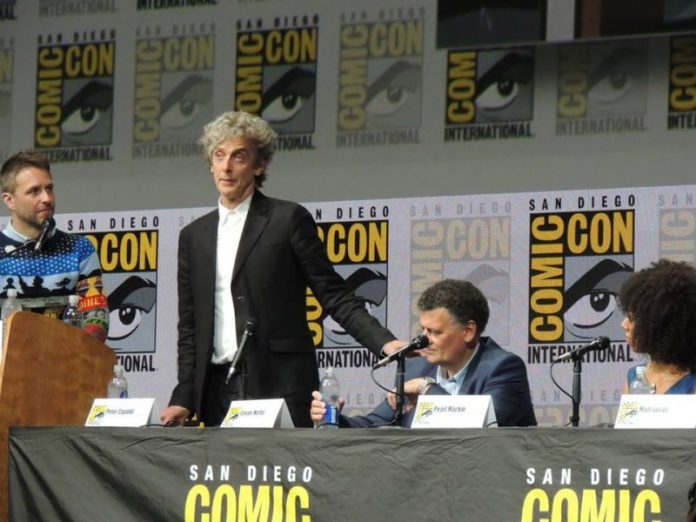 The dashboard Doctor Who, at San Diego Comic Con 2017, closed the events of the year in Hall H.

On this subject, Moffat criticized the press saying that Jodie Whittaker it was well accepted by fans, contrary to what the media reported. He stated:

“There were so many articles about the negative repercussions among Doctor Who fans about the casting of a woman in the role of the Doctor. There was no negative impact. The story of the moment is that theoretically conservative Doctor Who fans have completely accepted the change. 80% social media approval - not that I check these things obsessively. So many people wanting to pretend that there is a problem where it doesn't exist. ”

The panel was also the owner of one of the most exciting moments of the SDCC, where the entire audience of Hall H came together to applaud Peter Capaldi's participation as the 12th Doctor, bringing tears to the eyes of the actor and most of the fans present.

Unfortunately, it was confirmed that the actors present in this 10th season of the series do not return for a new year.

Doctor Who returns with the Christmas special on December 25th (see trailer on here). The 11th season is scheduled to debut in 2018. In Brazil, the series is shown on the channel Syfy.

Official trailer for the new season of 'The Killing'

Tuning | Netflix renews the series for the second season