Minutes after the release of the first trailer for live action in Sonic, fans of the game were expecting that the Paramount Pictures did a good job of adapting the character created for electronic games in a CGI as realistic and in the best possible way. And that's not what the video showed. On social media, comments and heavy criticisms of the character's appearance and also, the fact that they have cast a cast of flesh and blood to interact with him.

This Thursday (02), Jeff Fowler, director of Sonic the Movie, used his personal account on Twitter to express gratitude to fans for the countless criticisms of what was presented in the trailer and ensured that the change in Sonic, will happen. “Thank you all for the support. And for criticism. The message was loud and very clear ... you are not happy with the look and want changes. And it will happen“, Tweeted the filmmaker. "Tall in Paramount and on Sega are committed to making this character the best possible“, Guaranteed Fowler.

Thank you for the support. And the criticism. The message is loud and clear… you aren & #39; t happy with the design & you want changes. It & #39; s going to happen. Everyone at Paramount & Sega are fully committed to making this character the BEST he can be… #sonicmovie #gottafixfast ???? ✌️

According to reports, Sonic he appeared to be a little man dressed in a fuzzy costume, and in addition, the blue hedgehog (or porcupine), had teeth and a humanized appearance. Scheduled to open next November, it is not known if the date will still remain the same, given that the entire character design will be changed. THE hashtag “let's fix it fast”Was used right after the tweet, which suggests that everything will happen on time.

If you haven't watched the movie trailer, check out the video below:

Sonic the Movie, count with James Marsden and Jim Carrey in the cast - by the way, an honorable mention for the actor who in a few seconds of video, has already presented a Dr. Robotnik incredible. Ben Schwartz (A LEGO 2 Adventure), gives voice to Sonic. The feature has forecast in debut for November 14 in Brazilian cinemas. 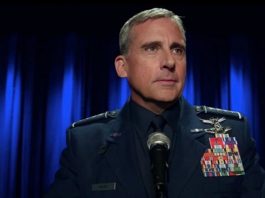