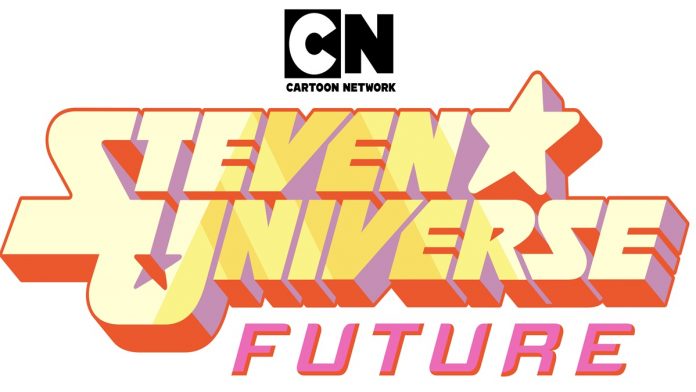 Rebecca Sugar announced the date in an exclusive video for fans who were in the Warner auditorium today, December 7, at CCXP19

Has news of Steven Universe in the area! Soon, the award-winning cartoon will premiere 10 new episodes on cartoon Network in a special epilogue. After the success of Steven Universe - The Movie, one of the channel’s fan favorite series returns with Steven Universe Future, in additional chapters to answer the questions that remained on the air - and in fan theories.

The official announcement of the premiere date in Brazil was made by Rebecca Sugar, which sent an exclusive video to the Brazilians who are at CCXP. The fans who participated and watched the Steven Universe panel at the Warner Bros. stand arena, today, December 7, knew everything firsthand.

After saving the universe and solving everyone’s problems, now Steven you will have to face your own challenges. Haunted by the past and lost in the present, our boy half Gem, the human half will begin to manifest uncontrollable powers, something that Crystal Gems never seen it before. What does that mean?

Steven Universe is produced by Cartoon Network Studios and is a creation of the writer, animator and composer Rebecca Sugar, nominated for Emmy and Annie Awards. Since his debut in 2013, Steven Universe has been a hit with audiences and press critics. In addition to addressing important topics such as diversity, inclusion, unconditional love and support, the series made history as the first animation program to be honored with the GLAAD Media Award, in the category Best Child and Family Program, and by winning the Peabody Award.

The first five seasons of the series followed the wonderful adventures of Steven, the little brother of magical aliens: the Crystal Gems - who defended the planet Earth. Steven is son of Pink Diamond, former team leader, and Greg Universe, an aspiring rock star. A boy of the world, he inherited the magical powers of his mother, but also the more human and charming side of his father.

Meet Estrelinha, the new member of the 'Powerpuff Girls'

AND! Entertainment - Meet the presenters of E! People's Choice Award ...

FBI: Most Wanted | Series premieres in March on Universal TV