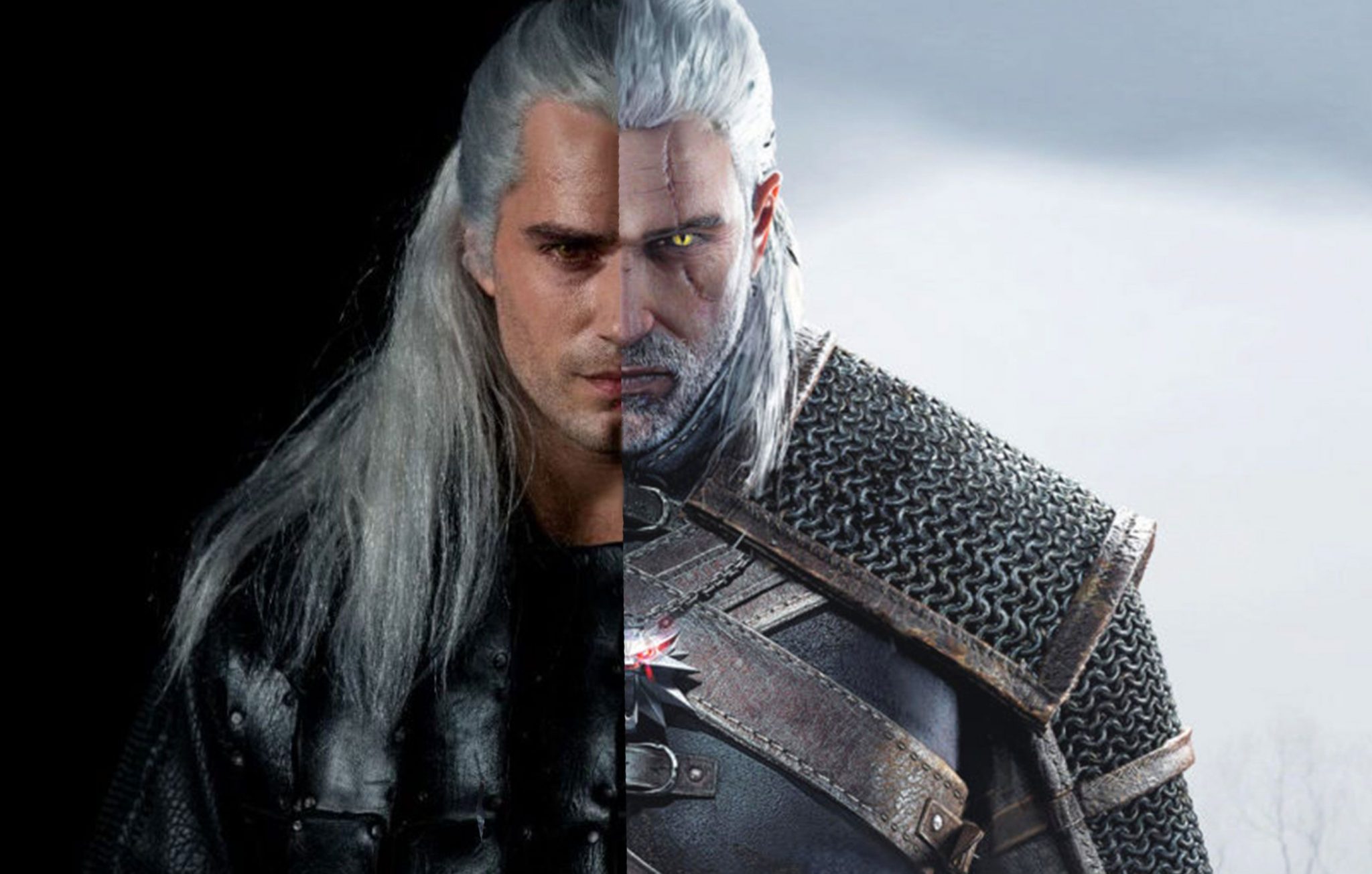 WARNING: The following article contains spoilers for the first season of the Netflix series and some book events.

The Continent is a fascinating and completely unique place among the fantasy worlds created by Andrzej Sapkowski, which is why even those who are enjoying the adaptation of The Witcher, for all their merits, may still have some complaints about the series not adapting. faithfully the tales and novels.

Showrunner Lauren S. Hissrich said throughout the development that the show would remain as true to the books as possible, and in a way that’s true, since the tone is there, the same themes are still prominent and well explored and the struggles of the characters were more or less transposed to the screen, even if they are not perfectly But at least in fight scenes, it is always possible to ‘let it go’, because not always what happens in words, you can replicate on screen, especially if what is expected is that the adaptation is based on the “real” world. . That said, The Witcher requires more than a few liberties from its writers, which will undoubtedly result in major changes in the story and characters in general. Let’s check some of them here.

It’s worth metioning that making a list of differences between books and series can fill a single episode – as certain events lead to others that change the course of certain characters – so the article will focus on those that define the most important aspects. the continent.

Visually, this protected forest is as magical as it should seem. Here is one of the points where readers can see that there are many changes, from dryads to events taking place within the forest. In the series, it is the forest that calls Ciri after the princess escaped the fall of Cintra and Nilfgaard’s claws. She is invited to be with the dryad queen, Eithné, who offers mystical waters to help erase the traumatic memories of loss and war. None of this works, and eventually Mousesack, or rather Doppler impersonating Mousesack, is enough to get Ciri back.

This is a major departure from novels. In Sword of Destiny (1993), Geralt enters Brokilon to deliver a message to Eithné, who dominates the forest region and its nonhuman inhabitants. There, he and a dryad named Braenn discover a 10-year-old Ciri on the run from a potentially arranged marriage. The significance of the forest stems from its role in Geralt and Ciri’s history and its importance in building the world, as it greatly helps to clarify the relationship between humans and nonhumans – including elves and dwarves – in the northern part of the world. continent. By making these changes in history, the Netflix series makes Brokilon Forest something more than another vaguely magical place. Dryads also become little more than another mysterious race of people, with both the Forest and Dryads much more than that.

Also known as Seagull Tower, Tor Lara is the tallest structure on Thanedd Island and houses a highly unstable portal in its upper chamber. In the book Time of Contempt (1995), this is the portal Ciri uses to escape Thanedd’s chaotic blow, causing her to end up in the desert. It’s a crucial turning point for the character, it’s her flight to Tor Lara that finally pushes her to independence after being forced to put all her training and magical skills to the test.

With that in mind, the portrayal of Tor Lara’s Netflix series as just a cavernous chamber, with nothing but ambiguously powerful magic and lightning, is far below the depiction of the novel. You can tell by now that Ciri’s story will unfold completely differently. Those who are familiar with novels may have guessed it anyway, given how other events in Ciri’s history are being presented on the show in another way. It is perfectly possible that your relentless wilderness misfortune may not happen. What is a shame.

Pavetta and Ciri have Elder Blood, a gene that gives the bearers an affinity for magic. In the books, Elder Blood is rarely under the control of the women who own it, and only women can manifest their power, but this does not seem to be the case in streaming adaptation. We see this in “Of Banquets, Bastards and Burials,” the fourth episode of season one, when Pavetta explodes almost the entire place with powerful magic, when Queen Calanthe tries to kill Dunlen, the Erlenwald Hedgehog. Pavetta is calm within the eyes of the magical cyclone, completely aware and under control. Ciri also seems to quickly master at least some of her magical abilities, such as her sonic scream.

In The Last Wish (1993), Pavetta has no control over the power of Elder Blood, nor does Ciri, who has not only one power in the books. According to Hissrich, this was done to establish an air of suspense in Ciri. Whether or not this (re) imagination of Elder Blood helps the program successfully create this suspenseful effect depends on the viewer.

Aretuza in the series is shown training several witches in the novels, including Yengerfer de Vengerberg, Sabrina Glevissig and Fringilla Vigo, the latter being sent to advise the ruler of Nilfgaard and then fight for the growing empire during the Battle of Sodden. His loyalty to Nilfgaard, his story, and much of his character have changed, and the narrative or thematic reasoning behind it is not really clear even at the end of the season.

Sapkowski’s novels describe a gym in Nilfgaard that produces its own witches for court employment. That’s where Fringilla Vigo was trained. As a separate state south of the continent, the rulers of Nilfgaard neither need nor want to accept wizards from the northern kingdoms where Aretuza is located. His association with Aretuza and his subsequent betrayal in the series may present problems later, when his relationship with Yennefer must really change and develop.

Still on the subject of Nilfgaard, villain Cahir Mawr Dyffryn aep Ceallach is a completely different character from the novel. What the two versions – book and series – have in common is that they are both officers of the Nilfgaardian military and pursue Ciri during and after the Cintra massacre. The similarities between them actually end there.

Cahir in the novels seems to be a menacing character at first, but later turns out to be a very compassionate person with his own reasons for pursuing Ciri, none of which really includes the glory of the Nilfgaardian Empire.

Suffice it to say that the character introduced in Blood of Elves (1994) would never behave in the same way as presented in the Netflix adaptation, as Cahir is really no problem for Ciri. In many ways, it is easy to think that adaptation has other plans for the character; some scenes suggest that Cahir was intended to serve as Nilfgaard’s jealous face in season one, to the confusion of the most devoted fans of the novels.

The character that help the most Geralt, Yennefer and Ciri is Nenneke, who is completely absent in the Netflix series. Fans of the books remember Nenneke as the stern but wise priestess in the Melitele Temple. She was there to help Geralt heal when he was injured by the striga and was there to provide guidance to Ciri and Yennefer when they first met.

It seems that Nenneke’s role will be split between different characters, notably Triss, who deals with Geralt when he is injured by striga in “Betrayer Moon”, the third episode of season one. Remember that Triss played a minor role in the novels, which means readers can probably expect a deeper level of involvement from her. Without Nenneke, the dynamics between Ciri and Yennefer may be completely different from what readers might see in the novels, which need not be negative if the program is careful to replace Nenneke and the Melitele Temple.

In adapting The Last Wish series, Geralt attempts to save Yennefer from Djinn’s power by using his third and final wish, which is revealed in Rare Species, episode six of season one, as a desire to remain essentially attached to Yennefer. The wish itself is not exactly unfaithful to the original material, as its third wish has been the subject of debate among fans, and it still is, but the difference is in the confrontation that defines what will happen next, forcing Yennefer to abandon Geralt.

This does not happen in the book. In fact, Yennefer knows – unlike the reader – very well what Geralt wanted during the fight against Djinn. There was no anger in his reaction. In fact, she accepted the tone lightly, warning the wizard that he had effectively condemned her. It is uncertain how this change will affect their relationship in the series. The decision to portray the tumultuous romance in this way seems to have been made because of the tone the series must have, namely the drama, as the other troublesome points of their relationship – which would have occurred between “Bottled Appetites”, episode five. from season one, and “Rare Species” – were shrouded in a brief monologue.

8The not so unwanted child surprise

The series constantly reports that Geralt had no desire to claim the law of surprise, which would give him the right to have Ciri as his own. However, in the original works, he clearly understands that he would like an heiress in a speech he has with Duny when he invokes the law.

– Duny, Geralt said slowly. – When a wizard is faced with such a question, he has to ask it to be repeated.
– Very well. I repeat it, then, because I want you to know that I am your debtor. What you want from me?
– Duny, Calanthe, Pavetta … To become a wizard, you must have been born in the shadow of fate, and not many are born in these conditions. That is why we are so few. We grow old, we die, and we have no one to impart our knowledge and skills to. We lack substitutes, and this world is full of Evil, which just waits for us to disappear for good. […] You will give me what you already have and don’t know yet. I’ll be back in Cintra in six years to see if fate has been kind to me.