Thunder Wave
Start Series News The Witcher | Learn why the series medallion is different from ...

The Witcher | Learn why the series medallion is different from games 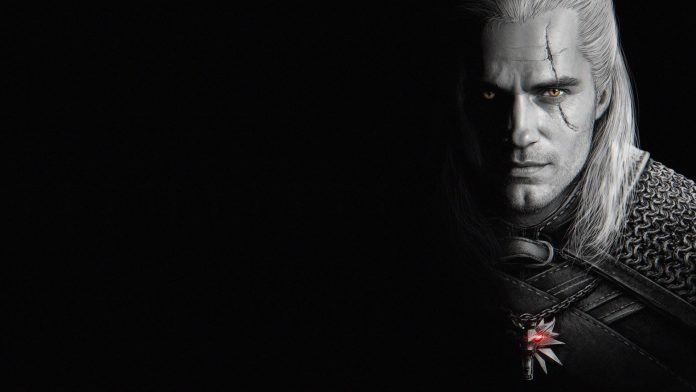 The series debuted at least 2 months ago on Netflix, and there is no denying that the tension that existed around the adaptation of The Witcher it has already become a little milder. Even so, the creators of the series faced a huge crowd of fans, mainly from games, who have been criticizing almost every aspect of the program for several months - starting with the cast and ending with small accessories.

Even small things like the medallion of Geralt were disapproved by some ultra fans. Even though always emphasizing in all media by production, that the series is based on books and not games.

It became the starting point in an interview with the website Gamepressure with the person responsible for the symbol design The Witcher, Michal Niewiara, employee of Platige Image. Yes, the famous pendant was created in Poland and was designed by a big fan of the games developed by CD Projekt Red. The artist believes that the medallion in the game has an elegant and modern design.

At the moment, Michal works as a director at Platige Image, but he has focused on completely different tasks for a long time. As he says, he was mainly a traditional consultant during the production of the series. Niewiara knows books almost by heart - if he needs to check something, he knows exactly which chapters to look for. It is not surprising that Netflix decided to look for a specialist in Poland. Having that specialist is a real treasure, in any case.

According to the artist, he received a proposal to create several visual pieces for the new series: a logo, the Witcher medallion, maps etc. Michal admits that designing a convincing symbol, which would give the series an appropriate identity, was the most time-consuming task. In total, it took several weeks to refine it:

“I studied many sculptures to learn how to present the elements of the logo in the best possible synthesis. At first, it was very clean, not so bruised and rough, but then we changed our tactics. I was aware of the fact that I had to create something more readable, and Art Deco sculptures helped me a lot to achieve this. When designing these plates, you should start with a flat shape - a kind of black and white stamp that still needs to be filled out. Once it worked, I had to think about how to show the rest; how to maintain the dynamics of the shape or develop it further. Sometimes I even made clay models to test the appearance of a specific surface. ”

One thing is certain, without direct feedback from Lauren S. Hissrich, the logo wouldn't look so good. It was the showrunner who had the idea of making the appearance of the logo more bruised and metallic. "As a result of this effort, the final project gained a unique character", emphasized Michal Niewiara.

The series' official logo consists of three main elements: a swallow, a wolf and a star. The first element is obviously the symbol of Ciri, the second of Geralt and the third of Yennefer. The focus on the trinity of The Witcher perfectly reflects the main message of the creators of the series, who stated that we are not dealing with a single protagonist, but with three equally important characters.

The second issue that was discussed in detail was the aforementioned medallion. Michal pointed out that he hadn't spent as much time on this as on the logo. The round shape of the pendant was proposed by the team led by Andrew Laws, but the whole concept belonged to Niewiara. It was decided instantly that the wolf's head should be depicted in profile. A forward-facing snout would simply not work in this case.

In addition, the medallion had to be round, that's how Andrzej Sapkowski described it in his first short story: “The stranger reached for the doublet again and pulled a round medallion on a silver chain. It represented the head of a wolf, discovering its prey. ” Simplicity was its main characteristic. "Wizards are not dwarf jewelers," explains Niewiara. "The medallion was a practical item with a specific purpose, it had to fulfill a certain task." To report on imminent threats and vibrate if magic has been detected. It may well be a simple sphere in a chain ”.

However, from an artist's point of view, it was necessary for this simple concept to present itself with sufficient credibility on the TV screen: “The backdrop is rougher than the wolf itself, mainly because once the medallion is hidden under a jacket and again exposed, worn out, rubbed, cleaned, it has some kind of durability, so it cannot look like a new item. Silver is still a soft metal, and everything that looks old and worn looks more interesting to the camera. ”

Interestingly, Michal likes the Geralt medallion used in games as he admits. The artist spent hundreds of hours with the CD Projekt Red products: “I like it, but it's not like the one described in Sapkowski's books. Every medium has its own set of rules, so the game version, the pendant, has every right to work. It is elegant and someone really did a great job creating it. ”

Of course, it would be impossible to avoid comparisons with games, but the disadvantage of the medallion designed for the series seemed a little harmful and unfair. The author clearly referred to the original source and it is difficult to blame him for having prepared it as he should. However, he didn't care much for the negative opinions: “I didn't lose any sleep over it because you can't satisfy everyone. If someone doesn't like it, then it's their opinion and I will have to respect them. ”

Trailer shows news on Gwent gameplay from The Witcher!

CD PROJEKT RED announces the new game mode, called Selection, for GWENT: The Witcher Card Game, as well as the start of the third season of the Journey.
read more
Events

You can now play as Geralt in Resident Evil 2 Remake

Resident Evil 2 fans are lending their talents once again to all kinds of weird and wonderful fan-made content ....
read more

Jungle Cruise | Discover the attraction that inspired the film