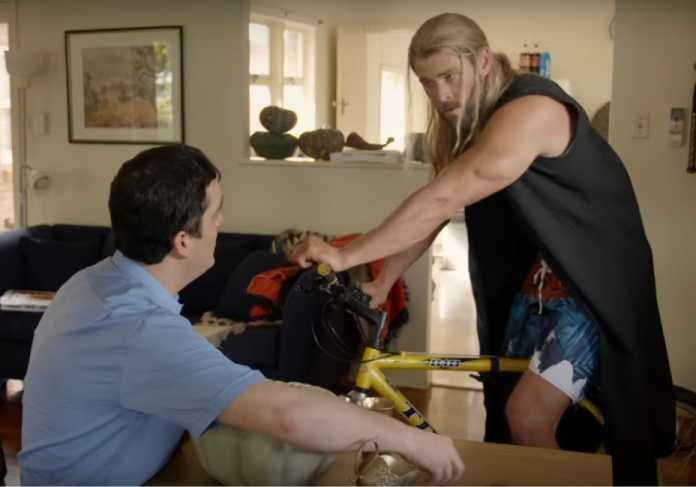 The video is part of the Doctor Strange blu-ray extras

The joke started with a funny video showing what Thor was doing while not participating in the Civil war. In it, he says he went to spend time in Australia and rented an apartment with his colleague Daryl.

This funny story is not over yet, the Marvel released a sequel, showing another typical scene of the God of Thunder in his daily life as a mortal.

The material is part of the DVD and Blu-ray of Doctor Strange, which arrives in Brazil on March 1st.

Missed the first part? Watch below.

Jessica Chastain will be the villain of 'X-Men: Dark Phoenix'