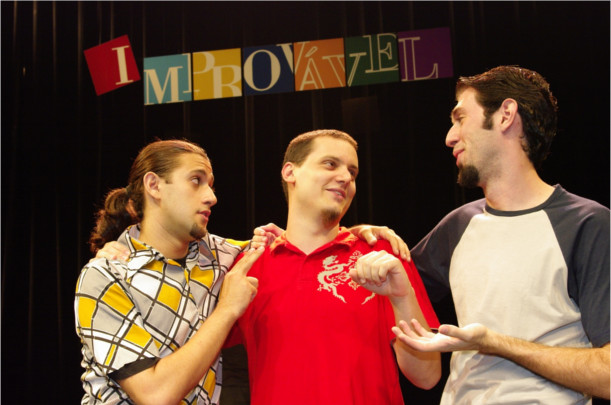 Another Friday arrived is another Thunder Tips day. Today it is a little different because this time I was in the place where it happened and for many years I wanted to go. The tip is the theatrical show ” Unlikely ”. O Unlikely  it is a theatrical game where, through playful and quick games, the actors improvise scenes and situations with ideas from the audience making laughter the most heard sound during the 70 minutes.

The show was created by Bblossoms, a humorous group of friends formed by Daniel Nascimento, Anderson Bizzocchi and Elidio Sanna, where the main influence comes from the English comic series of humor Monty Python, the show was created in 2008 and also has a youtube channel with over one million subscribers, in 2009 it started being presented every week at the TUCA theater at PUC.

I particularly loved everything, the guests of the day were with Oscar Filho playing and Fabio Lins as a presenter and master of ceremonies. The mood was very sharp and in 70 minutes I didn’t stop laughing at any time, highlighting the improbable musical where they parody a musical singing instead of acting, hilarious to see how fast they think doing it looks like it had a script.

This tip is always valid because it is a show that as the name says Unlikely where the jokes are never repeated and each time you will have a totally new experience.

PS: I will come back more often because, for 50 reais, (25 to half) it is worth the money invested. Leaving there with a smile on your face is priceless.

Below a video to get in the mood for more.