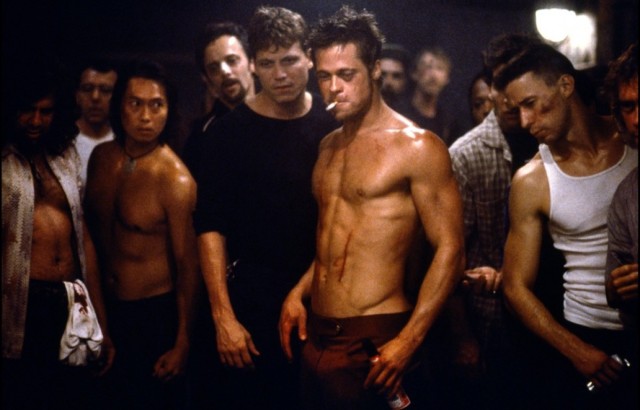 Carnival is over, but today is Friday and Thunder Tips of the week. The tip of the week is the movie Fight Club , I confess that it took me longer than I should to see this classic but I don't regret anything at all just having seen it now because it is really perfect, and it easily entered the list of my favorites.

Fight Club directed by David Fincher is an adaptation of a book of the same name by  Chuck Palahniuk 1996, he tells the story of the Narrator (Edward Norton), an ordinary worker who suffers from insomnia and as the doctor refuses to give him medicine to sleep, finds that by going to help groups for sick or addicted people he “partially” cures that insomnia. In one of these meetings he meets Marla Singer (Helena Bonham Carter) that does the same as he does, so they divide the days and the support groups for each one to continue living their life. Upon returning from a trip, the narrator discovers that his apartment has exploded and asks for help Tyler Durden (Brad Pitt) a “soap salesman” friend he met on the plane, after the narrator goes to live at Tyler's house they start creating a fight club to be able to have fun but everything starts to get out of control when Tyler increases this club to a group revolutionary. 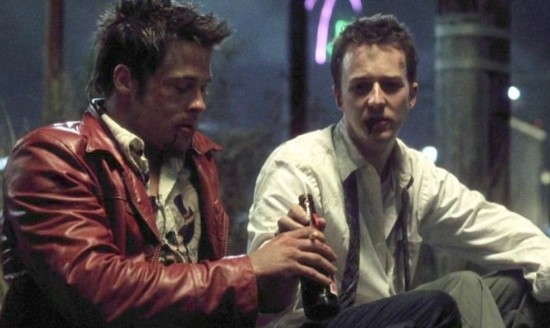 Clearly the film has a big twist that I will not deliver here as it would lose all the magic. When I found out, my jaw dropped, not believing that it could be true. Highlight for the soundtrack that takes you completely into the frantic rhythm of the film.

ps 1: Detail for the participation of Zach Grenier who makes the same funny faces seen in The Good Wife . David Lee everywhere.

Ps 2: I realized that there is a lack of films nowadays, where everything is more commercial and routine and the twists are left aside.

Criticism | Once upon a time in Hollywood

Once upon a time in Hollywood, it is Quentin Tarantino's 9th film, which opens in Brazil on August 15, and this time acts as a director, producer and writer.
read more
News

Once Upon a Time in ... Hollywood | Check out the subtitled trailer for the new Tarantino movie

Netflix released the new subtitled trailer for the satire War Machine. Brad Pitt stars as the influential General McMahon, who struggles to override the politics of war only to be reminded, now and again, that this is a machine that cannot be stopped.
read more

Thunder Tips: My Silent Half