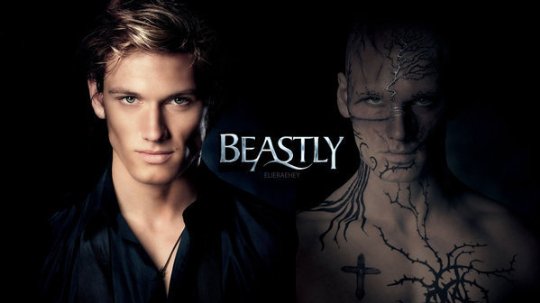 As we have already said here about The Wizard of Oz, with Beauty and the Beast is no different. Originally written in French, the story is written by Gabrielle-Suzanne Barbot, better known as the "Dama de Villeneuve", and was written in 1740. Since then, several changes in the work have taken place, as well as staging through the theater and the way it was presented to us, the cinema.

Within the art invented by the Lumiere brothers - does that name sound familiar? - the best known version worldwide is the 1991 animation produced by the studios Disney. But well before and well after that year, countless other adaptations were produced, including TV series. The beast, 2011 film, is one of those post-animation reinterpretations of Disney. The product is different, but it maintains the tradition to which the story was written and the lessons that all history shows us, are maintained.

The film tells the story of Kyle Kingson, a young man who has everything: intelligence, beauty, wealth and good opportunities, but has a perverse and cruel personality. After humiliating a classmate, he is cursed by her for becoming everything he despises most. Enraged by his new and horrible appearance, he goes after the girl and finds that he will only have his beauty back if he makes someone else love him, something he considers impossible. Seeing what the son has become, the boy's father sends him to Brooklyn with a maid and a blind teacher. On the spot, he becomes involved with Lindy Taylor, a humble and beautiful girl who makes him fall in love with her, and she also falls in love with him.

Strong names have been cast to star in this beautiful (and somewhat sombre) production: Alex Pettyfer plays Kyle Kingson (or the Beast, as they want to call him), also has the dear Neil Patrick Harris, Mary-Kate Olsen is Kendra Hilferty, the colleague whom Kyle humiliates and despises (she is the witch of the story) and Vanessa Hudgens, the eternal Gabriella Montez of Disney's High School Musical - only in the film, she represents Lindy Taylor, for the intimate, the Beauty.

Who wrote the script for the feature was Daniel Barnz, who was inspired by the films Say What You Want and Twilight - hence, the dark tone that the plot shows, but it is quite purposeful, as if after becoming a “monster”, Kyle could only see his dark and lifeless life, even after Lindy appeared. But that air of mystery and darkness goes to a certain point in history.

The soundtrack is another masterpiece apart and is composed of great artists, including Tim Myers, Regina Spektor, Pixie Lott, The Vines and Mother Monster, Lady Gaga. During filming, Alex had to use some special prostheses and costumes to compose his character - he used about sixty tattoos and scars all over his body. Her makeup took approximately 6 hours to be applied to the entire body.

At a press conference to promote the film, Pettyfer said that because it is something so profound, he can only look like his normal self for a few minutes, that after that time, he really gives himself up to the story and the acting. "For the rest of my time frame, I wear something conceived as 'grotesque', just like the Beast has, but then it dissipates with the passage of time," said the actor, who needed to gain fifteen pounds of muscle and shave the head to live the character. 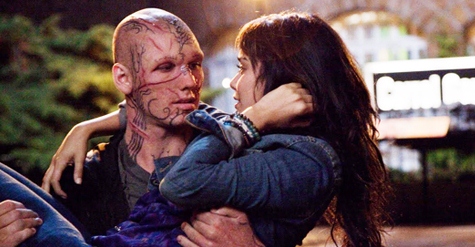 Vanessa Hudgens, in the same press conference, said that she looked at the “animal” and that her participation in the film, made her change some personal areas in a “very strange and peculiar” way, words of the actress herself. Critics didn't welcome the film - and who cares? - but what really matters is that the essence of the original history written back in 1740 is maintained until today, after all, not looking or judging by appearances is fundamental. The heart must always speak louder.

The movie is available in the Netflix catalog, you won't miss it!

Criticism | A Present Past

Spring Breakers will win a series

April 12, 2021 0
Escola Allegresse Morumbi - SP, has just acquired the rights to one of the greatest musicals of all time, Les Miserables.

Warner Bros. is looking for a black director and actor to lead the ...