Taking advantage of the fact that we are only a few days away from the 2017 Oscars, today's Thunder Tips brings a film for anyone to fault with three actresses (Emma Stone, Octavia Spencer and Viola Davis) nominated for some awards this year. In fact, if you haven't watched the video about our predilections, click herei and watch.

The film Cross Stories (The Help) was launched in 2011 and is based on the eponymous book by Kathryn Stockett. The film was produced by Chris Columbus and Michael Radcliffe - the same duo who work on "Harry Potter and the Philosopher's Stone", with the exception of Columbus, who directed the film. Although Daniel (the Harry Potter character interpreter) and Michael have the same surname, they are not related.

The story takes place in the 1960s in the city of Jackson, Mississippi, in the United States. In a world divided by colors and social classes, an interesting relationship emerges between Skeeter (Emma Stone), a recently graduated journalist and Aibileen (Viola Davis), a black maid who suffers from certain prejudices - disguised as care - within her own work environment. Aibileen has a friend, Minny (Octavia Spencer), who is also black and a domestic worker. During the course of history, several events occur and it shows how much the United States has sustained racial segregation for a long time.

The highlight of the film and I believe the book, too, is when Skeeter sends a suggestion of something that could be incredible and revolutionize the environment in which they live - all driven by an attitude taken by her mother, which she discovers years later about her nanny -. Skeeter's publisher accepts his proposal and thus begins a project entitled “The Help”, which gives the film its name (in English). In secret meetings with Aibileen and later Minny, the young journalist records stories about the employees' experiences. The buzz about the book is growing in the community and other maids decide to follow in the footsteps of Aibileen and Minny and also tell their experiences in the white houses as maids and nannies.

The story is captivating, there is no denying it. And right away there is an empathy, a feeling of “feeling in the shoes of others”. The performances of the entire cast are exquisite, but let's highlight this trio that deserves all our applause and respect. The way the trio (Viola Octavia and Emma) live their characters, bring an absolute truth that confuses us, thinking that the film was based on a real story. There is also a narration during the screening of the film, which is left to Viola Davis as his character. 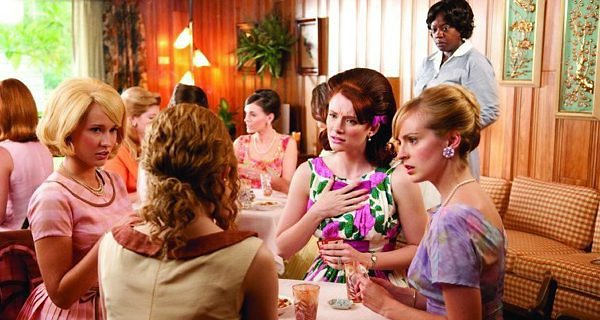 Cross Stories he returned to the Netflix catalog shortly after he left and we believe that this feat was due to the three main actresses in the film being nominated for this year's Oscar. And although today's nominated film is not competing for anything, it is worth watching not only for the story, but for the work as a whole. Speaking of Oscars, Octavia Spencer won the award for “best supporting actress” for her performance in the film, as well as the Golden Globe, BAFTA Awards and SAG Awards in the same category. In the last award, Viola won in the “best actress” category and the film won the “best cast”.

Watch the movie, read the book and listen to the song “Living Proof”, in the voice of Mary J. Blige.

Zumbilândia: Shoot Twice improves what was already successful and proves that lightning can strike twice in the same place - and sometimes do more damage.
read more
News

Universal Pictures released the first trailer for Dolittle, a remake with Robert Downey Jr. based on books by the British Hugh Lofting.
read more
News