TOP 5 | 5 Christmas movies for you to watch at Christmas 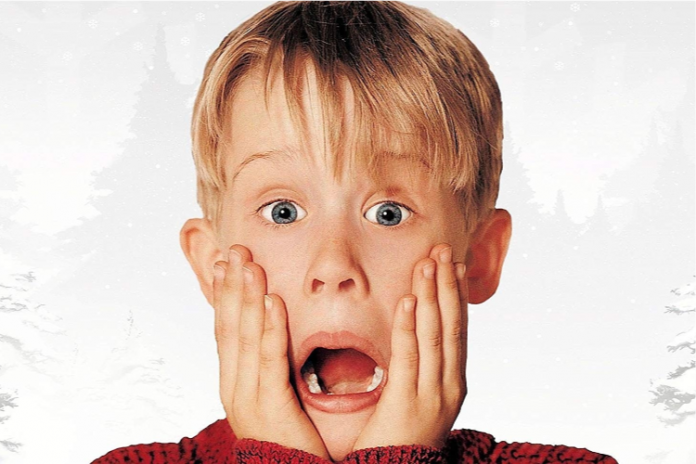 Christmas is coming and nothing better than being able to enjoy this very special date watching a good Christmas movie with your family. Therefore, this week the TOP 5 column will indicate five films with a Christmas atmosphere for you to start the marathon.

See below our movie tips to enjoy this holiday.

Let the Snow Fall is an original production Netflix and an adaptation of the book entitled with the same name of John Green. However, we are already warning you that many things in the book have been modified for the film, such as the personality of some characters and the gender change of the narrator of the production, who in the book was' Aluminum Man 'and the adaptation became' Aluminum Woman '.

The film begins with a heavy snowfall reaching the city of Gracetown on Christmas Eve and turning it into an unexpected romantic haven. Three love stories connect throughout the film, leading the audience to great emotions.

Let the Snow Fall sure is a great option for you to put on your Christmas list of Netflix marathons.

We could not fail to mention in this list the classic of 1990: They forgot me.

The film tells the story of a Chicago family who plans to spend Christmas in Paris, but with all the confusion that the trip causes, the parents end up forgetting one of their children, Kevin (Macaulay Culkin). The eight-year-old boy who has been left behind will now have to get rid of two thieves who try to rob his home while his family is traveling.

Written and directed by John Hughes, the film became one of the greatest Christmas classics of the 1990s and also became one of the biggest box office in the USA, in addition, it won a Golden Globe and two Oscar nominations.

Another classic that could not be left out of this list is: Mean Girls.

The film tells the story of teenage Candy Heron (Lindsay Lohan) who lived her entire school life in Africa, being educated by her scientist parents. When her family moves to Illinois, the young woman will have to face the dreaded high school life. Upon arriving at the new school, Cady realizes that the class is divided into popularity groups and she needs to fit into one.

Mean Girls is one of the biggest hits among teenagers since 2004 (year of its release). This is certainly a good tip for you to watch at Christmas with your friends.

The Princess and the Commoner

Film released in 2018 in the Netflix catalog became a big hit among young audiences and also made its debut at Vanessa Hudgens in original Netflix movies.

The Princess and the Commoner tells the story of a duchess and a confectioner who are identical and therefore decide to change their lives for a few hours. The problem is that they fell in love with men who have no idea who they really are.

The film is a good romantic comedy to watch with the family and even though in several moments the film becomes quite predictable, it still manages to get you a good laugh and promises to make you emotional with the ending.

Newcomer to the Netflix catalog, Klaus it is an animation that has been a huge success not only with the public, but also among critics. Anyone who says this production will give Netflix its first animated Oscar statuette.

The film depicts the story of the student of the Postal Academy in the city of Smeerensbug, Jesper (Jason Schwartzman) who realizes that the inhabitants of the remote island have no interest in letters and fight all the time. About to give up the postman profession, he finds support in the mysterious carpenter Klaus (JK Simmons) who lives alone producing handmade toys. They live several adventures throughout the film and all set in the Christmas season.

This Christmas animation is really a great option for you to watch together with the kids.

Top 5 | Books to read on vacation