The Netflix is currently one of the largest platforms for streaming of the world. Its catalog has series that are worldwide successes, however the vast majority produced by other companies. However, now the platform is prioritizing its original productions, which by the way, are being produced very well and worth watching.

So in the TOP5 today we’ll indicate five Netflix original series that deserve your attention:

The series La Casa de Papel became one of the biggest series of today, previously production of the channel Athena 3 from Spain, was purchased by Netflix, which reissued its first season, which was already ready and created two more.

The production tells the story of a group of burglars who meet in order to rob the Spanish Mint. The series pleased the audience with its excellent script and a good narrative that leaves you hooked from start to finish.

We could not start this list without mentioning this great worldwide success.

Dark is a German production that conquered the world through its mysteries. The series tells the story of some people who travel in time in order to change the past and the future and, in addition, a possible apocalyptic future.

The production has an impeccable script and makes you curious, in order to know what will happen every second.

We recommend you watch Dark with the familiar map of the characters, because in some moments the series does not tell you which timeline the characters are in and many end up getting lost. It is a production that needs your full attention from start to finish. 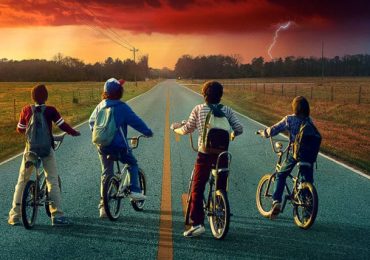 The most watched series currently in the Netflix catalog could not be left out of that list.

The production tells the story of a group of teenagers trying to unravel the mysteries surrounding the disappearance of one of the group's members (Wil). It is a science fiction that works with the idea of an 'inverted world'.

One of the highlights of the series is the character Eleven (Millie Bobby Brown) who grew up in a laboratory where he underwent several tests (including when he was still in his mother's womb) and therefore developed several powers. She uses these superpowers to help the group of friends find the missing member and close the portal that gives access to the inverted world and its creatures.

There are already three seasons available in the Netflix catalog and the fourth is already confirmed for 2020.

The four-episode miniseries tells the true story of four black boys who were charged and tried for raping a young woman during the spring of 1989 in Central Park (USA).

It is a production that in addition to portraying a true story is very well produced, and the interpretations are performed by the entire cast with great excellence. The series discusses very important issues, such as racism and the judgment of the media that ends up influencing the masses.

At various times it will be difficult to watch, precisely because you know that it really happened and that Atron, Yuseff, Raymond, and Kevin had their lives destroyed due to the color of their skin.

Production starts with a shoe box being shipped to Clay (Dylan Minnette), the young man is surprised to see the sender - Hannah his friend and secret high school passion, who had recently committed suicide.

Inside the box, there are several cassette tapes, where the young woman lists the 13 reasons that led her to interrupt her life, in addition to instructions for the other characters involved.

Based on namesake book, this is the central story portrayed in 13 Reasons Why, a series that discusses important issues such as bullying, rape and machismo. The production has its ups and downs, but it manages to trap the viewer in the story and stir up his emotions.

The Silence of the White City has become a hurried and unsurprising film, unlike the book is breathtaking. See the differences between the works.
read more
Reviews

The last season of Fuller House ends the cycle started by Full House in an exciting way.
read more

Top 5 | Movies to watch if you liked Parasite