TOP 5 | The 5 most exciting episodes of Friends 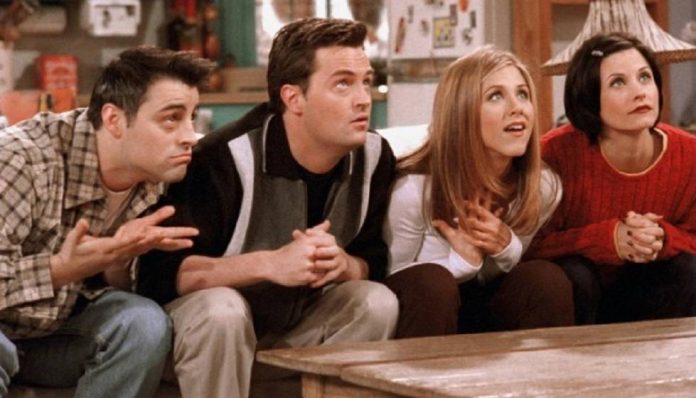 The series Friends just 25 years ago since its first episode aired. It has become one of the biggest American TV productions and still moves a legion of fans who dream of its return.

The production has a total of 10 seasons and 236 episodes that aired from 1994 to 2004. Recently, fans have been excited about the various news published in the media about a possible return of the series, after photos of the cast assembled. Therefore, this week the TOP 5 column will indicate the five most exciting episodes of Friends.

The Phoebe character (Lisa Kudrow) has become one of the most beloved among fans, due to her humor and the way she sees life.

We started our list with the episode of your wedding, which became one of the most exciting of the series. In this chapter everything starts to go wrong before starting the wedding ceremony, as the suppliers go to the wrong place and a great snowstorm begins that takes over the city. But in the end everything works out and they decide to have the wedding outdoors, starting Phoebe's family there and making one of their biggest dreams come true.

Surely Monica Geller (Courteney Cox) and Chandler Bing (Matthew Perry) is one of the public's favorite couples and for that reason, the first “I love you” among them became one of the favorite and most exciting episodes for fans.

In this chapter Monica and Chandler try to hide from the other friends who are lovingly involved, the only one who knows and has been threatened by the couple to keep this secret is Joey (Matt LeBlanc). However, Phoebe and Rachel end up discovering and devising a plan to make the couple confess that they like each other. The strategy used by the two is to get Phoebe to flirt with Chandler. The end of the plan works out and Chandler ends up saying that he loves Monica - she returns the statement with an "I love you too".

Let's continue talking about one of the audience's favorite couples: Monica and Chandler.

Another episode that has become one of the most exciting in the production also involves the couple. In this chapter Chandler decides to set up a plan to ask for Monica's hand in marriage, but so that she doesn't discover anything and is taken by surprise, he decides to tell her that he doesn't think about getting married in the future - making Monica very upset, because getting married is one of your biggest dreams.

The plan almost goes awry when Monica's ex-boyfriend decides to show up and declare himself to her. But in the end everything goes well and Chandler manages to propose, delivering one of the most exciting moments of the production.

T 2 EP 14: The one with the graduation video

The Rachel couple (Jennifer Aniston) and Ross (David Schwimmer) is a pair that divides the opinion of the fans, due to the troubled ending that the two had and the reason for this separation - as some accuse Ross of betraying Rachel and others defend him, saying that 'taking a break' in the relationship is also considered a I finish.

However, we cannot deny that another episode that marked the fans and became one of the most exciting in the series is precisely when they give the first kiss. In this chapter, friends get together to watch a tape from Monica and Rachel's high school season, where the two are preparing for the prom. But, the video shows that Ross since that time has always done everything for Rachel, who she had never noticed. The end of the episode is the moment of the kiss, leaving fans of the couple extremely emotional.

We could not fail to mention in this text the last episode of the series that was 10
years on the air and became one of the greatest series in history.

This chapter was responsible for ending the cycle of all characters, so
it is emotion from start to finish. In it we see the outcome of the love of Ross and Rachel, the
beautiful family that Monica and Chandler started, among several moments of flashback
which causes a great commotion in everyone who followed the 236 episodes. The end is
the six friends gathered, saying goodbye to Monica's apartment - a place where
they got together several times and it became the fan favorite scene. Besides that,
in these last minutes the production shows that the click between them has ended and that
each went on with their new families.

Space Force has potential, but it takes off by leaps and bounds.
read more
News

Friends' special had its recordings postponed due to the coronavirus, but the premiere forecast remains the same.
read more
News

Friends | “It will be Fantastic,” says Courtney Cox of the special episode

Details on the HBO Max Friends reunion special are still in development, but Courteney Cox is already so ready ...
read more

TOP 5 | 5 productions with the participation of Paulo Gustavo who ...

5 books to read later this year