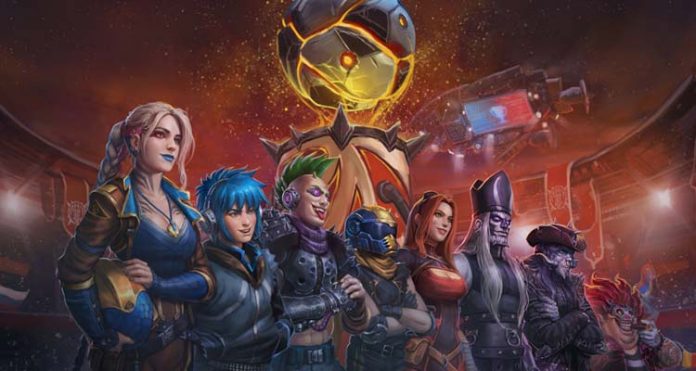 This Saturday (9th), players from all over the world will be able to enter a competitive queue within the game and start the disputes of an online championship, on a European server with a total prize pool of € 5,000

Cronos
March 7, 2019
3680
Facebook
Twitter
Pinterest
Whatsapp
Telegram
The start for the Heavy Metal Machines (HMM) competition schedule will be this Saturday, March 9th. Free-to-play car battle MOBA players from the Brazilian Hoplon, residing anywhere in the world, will be able to access Metal League, a tool within HMM that creates a “competitive queue” for tournaments per season of the game, for free and start the disputes that will take place for almost two months, between teams of four players. The competition will be held exclusively online, on a European server and will offer a total prize pool of € 5,000. The competition playoffs take place on April 20, in partnership with ESL Play. “We invite all Brazilians to participate in the first edition of the Metal League, which will be played on a European server, but is open to players from all over the world. It will be an excellent opportunity to enter the competitive HMM scene and prepare for a new tournament in May, which will be played on a South American server ”, said Tatiana Moreira, marketing and publications manager at Hoplon. “Heavy Metal Machines has an engaged and passionate community. With the Metal League, players will be able to earn money and even become professional in the game. ” The disputes begin this Saturday and each week new clashes take place, until only the eight best teams remain, who will dispute the finals on April 20, out of 3. The winning team will receive a prize of € 2,000, while the second placed € 1,500, the third € 1,000 and the fourth € 500. Heavy Metal Machine players who are not yet part of any team can enter the official HMM channel on Discord to find a team: http://bit.ly/2Q067ai. Heavy Metal Machines can be downloaded for free athttps://goo.gl/1cHS5N. To follow Hoplon's news, visithttp://www.hoplon.com or follow the studio on social media.
Facebook
Twitter
Pinterest
Whatsapp
Telegram

Xbox One S hits stores across Brazil this ...