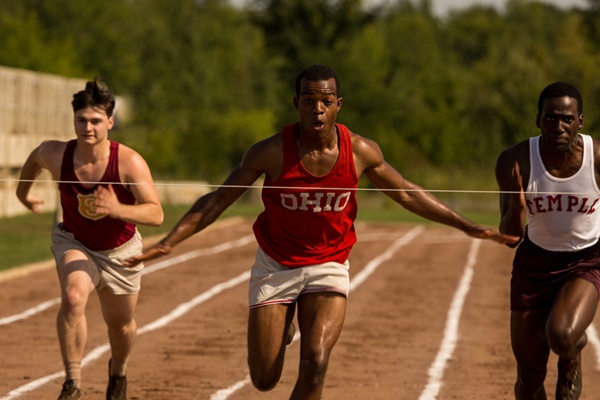 The subtitled trailer for Breed, feature film that depicts Jesse Owens' struggle to become a runner.

Breed reveals the difficulty of a man to become an Olympic legend amid the racism that prevailed in times of depression in the United States. Jesse Owens (Stephan James), when entering the career of athlete, carries the burden of family expectations, tensions at Ohio State University where he studies, and his own high standards for competition. With the support of the coach Larry Snyder (Jason Sudeikis) he will seek to become the greatest athlete in history by participating in the 1936 Olympic Games. However, the challenges only increase when faced with Adolf Hitler and his vision of Aryan supremacy in Germany, host of the event.

Jesse Owens, born in 1913 in Oakville, Alabama, won four gold medals at the Olympic Games in Germany: 100 and 200 meters, in the long jump and in the 4 × 100 meter relay. Owens passed away in 1980 and had his name highlighted in the International Athletics Association (IAAF) Hall of Fame.

Dead End Crime is the new film directed by Brian Kirk (Game of Thrones) and produced by Anthony Russo and Joe Russo, the ...
read more
News

Watchmen | Creator reveals that the series may have only one season

During the Watchmen series panel at the New York ComicCon, creator Damon Lindelof and part of the cast revealed some details of the new HBO production.
read more
News

After years of starring in successful films and with numerous characters that captivated us, actress Julia Roberts debuts on TV
read more

Luc Besson and Dane DeHaan talk about the feature film 'Valerian and ...