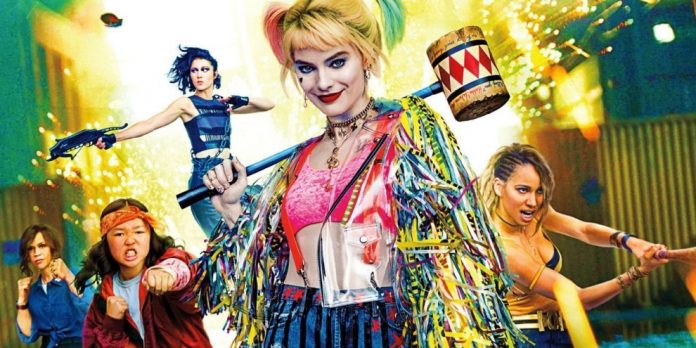 The A.D has been trying to bring its extended universe to the cinema for some years. After launching Aquamanin 2018, the company has been trying to make a new start after all the immense drama in the early years by trying to match the Marvel Cinematic Universe. Even Justice League it was just a glimpse of what that universe could have been.

Harley Quinn: Birds of Prey tries a union again, making several references to the predecessor film where the character first appeared, even if he is careful not to show the Joker in no time. The references function not only as the declaration of independence of Harley Quinn the Joker - but also from the current phase of DC films of the era Zack Snyder.

See in the list the moments when Harley Quinn: Birds of Prey refers to Suicide squad.

The origin of Harlequin

Harley Quinn (Margot Robbie) explodes the Ace Chemicals as a symbol of their emancipation. This is the place that, in the DC tradition, Harley made a full commitment to the Joker after she fell into a tank of chemicals, which is the reason why her skin has that permanent, pasty white hue.

In the feature film, this location is not linked to the HQ, but rather to the previous feature, including the scene that was shown in Suicide Squad to show its origin, without revealing the Joker face.

This moment works as a double symbolism, since it can also indicate the break from DC with the film that did not work very well for the company. Another moment that this is when Harley cuts her hair at the beginning of the feature, symbolizing a disconnect with the way it was created earlier.

I should note here that Harley Quinn and the Joker ending are not really a reference to the “Suicide Squad”, as we see a brief flashback in which Harley is kicked out of the house by the Joker’s henchmen. So, if you thought, like me, that this breakup happened when Mr. J escaped and left you behind in that movie, well, apparently, we were both wrong. This disruption must have occurred some time later.

Another unobtrusive moment is when Harley is trying to free Cassandra Cain (Ella Jay Basco) of the prison, and finds a looking poster with the photo of the Captain Boomerang, with the image of Jai Courtney, who brought the character to life in Suicide Squad.

The next Suicide Squad reference in Harley Quinn: Birds of Prey came up halfway through, when Harley is dating Cassandra Cain, and Cassandra makes a comment about wanting to be like her when she's older. Harley replies that no one could be like her unless they go through the same things as her.

And then Harley does a kind of mini recap of his story in the long predecessor - all that stuff with the Joker, being arrested by Batman and then released from prison with a bomb around his neck and having to save the world. So, yes, if it is not clear, all of this is still canonical.

Finally, the last mention appears just before the big final confrontation. The Birds of Prey have finally gathered and Harley is opening up his stockpile of weapons and other things so that they have a chance against the army of henchmen outside. And when Renee Montoya (Rosie Perez) searches the hideout looking for something she wants to use, she picks up the “Daddy's Lil Monster” shirt that Harlequin wore in Suicide Squad. Harley playfully looks at the thing with disdain and tells Montoya to get rid of it.

Review | Birds of Prey: Harlequin and its Fantastic Emancipation is a slap in the face against abuse

May 14, 2021 0
The Thundew Wave team spoke to the Production Team for the Apple TV + For All Mankind series, check out what they said about the second season's recordings and the challenges for the future.

Founder of Assassin's Creed Sisterhood talks about better representation of ...

March 8, 2021 0
Kulpreet Virdi, spoke about the representation and inclusion of women in the games industry.

Before Sonic: The best movies inspired by games