Thunder Wave
StartSocial NerdAudio-visualWarner Bros. is looking for a black director and actor to...

Warner Bros. is looking for a black director and actor to lead the next Superman movie 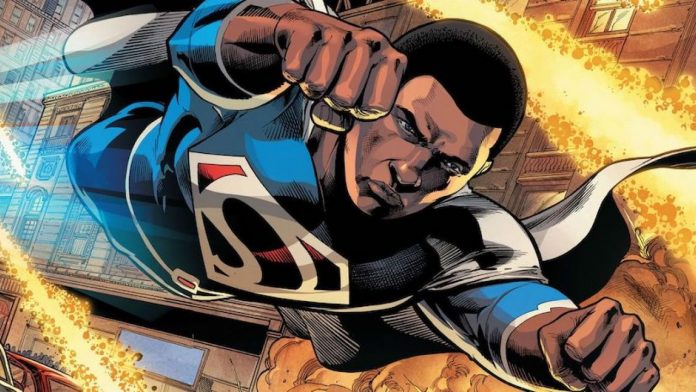 Next Superman can be played by a black actor.

The year 2021 is not just being marked by a global pandemic that kills millions a day. Despite all the pain that the coronavirus has caused us, the world has been conquering some battles that were once undreamed of. This week the following headline was released "Warner Bros. is looking for a black director and actor to lead the next Superman movie“. Surprise or not, it's an achievement for black actors, directors, screenwriters, fans. More representation is needed in the audiovisual and this does not start in front of the cameras, but behind it.

From what has been released, the next movie of the Super man it will be quite different from anything that has come before. Previously, Warner Bros. had hired the acclaimed writer and journalist Ta-Nehisi Coates to write the script for a new movie for the Super man with the production of JJ Abrams and at the time there were rumors that this movie would introduce a new hero, a Black Superman. According to the information released, we know that the WB plans to introduce the world to a black superman and hire a black filmmaker to direct the film – which means that Abrams will only be producing, not directing this venture. Warner Bros. is looking forward to hiring a director to lead the project at this nascent stage.

Although Henry Cavill is reportedly in talks to return as Superman in future DC films, it doesn't look like he'll be the star of Abrams and Coates' restart. According to the The Hollywood Reporter, the intention of Warner Bros. and from DC Films is to feature a black Superman in the film. Michael B. Jordan (Black Panther) has met with DC in the past to discuss a possible Superman movie, but we've never had more news about it.

However, it is mega news and we can see the change emerging in audiovisual productions. The Oscar 2021, which took place on April 25, brought a brand that can be considered historic. The biggest award in world cinema has already been criticized for indicating only white artists. In 2015, a hashtag stopped in trending topics: it was about #OscarSoWhite (and Portuguese, Oscar is so white). However, this year, the scenario was different. Black and female actors stood out in the 2021 contest, breaking the diversity record. the chinese filmmaker Chloé Zhao, the first Asian woman to receive the award for Best Director, per Nomadland. If she wins, thinking only about gender, Chloé would be the second woman to win the category in 92 years of awards. The filmmaker was still competing for Best Film, Best Adapted Screenplay and Best Editing.

Other highlights were the great actors of other ethnicities and blacks such as Chadwick Boseman, killed by cancer last year, and Viola Davis by The Supreme Voice of the Blues, in addition to Daniel Kaluuya by Judas and the Black Messiah and the South Korean Youn Yuh-Jung in Minari. All these questions were headed by the academy, which organizes the Oscars, in order to better reflect the real society in which we live. In 2016, its six thousand members were composed of 93% of white people and 76% of men, with an average age of 63 years. Last year, the number of women reached 33% — in addition to 19% of members of “underrepresented minorities”, as the academy itself explains, which is a shame.

Again, it's early and the details of the story may change over time, but another possibility that's being raised now is to set the film in the 20th century, which would certainly face the idea of head-to-head if a black alien arrived earlier, during or immediately after the Civil Rights movement. Coates doesn't shy away from the hard truths and politics of the real world, so it's exciting to think about how he can frame this movie from the Super – Man not just as a flying superhero movie, but also a movie that tackles serious issues like black diversity and representation. It's not an impossible feat, like the brilliant limited series Watchmen from HBO proved it.

We'll see how this works, but it's great to know that companies like Warner Bros. are committing to change reality with measures that promote the inclusion of diversity, committed to hiring a black filmmaker to direct what can be a truly groundbreaking superhero film. We can only wait for more news like this. It is the duty of the audience to question standards and fight for more honest diversity in cinema.

Superman Day! Find out why this date is celebrated on June 12th

Colette, Documentary of “Medal of Honor gives the 1st Oscar for videogames