Thunder Wave
StartGamesNewsWizards of The Coast hints at Magic: The Gathering cards ...

Wizards of The Coast gives Magic: The Gathering card tips to play on Halloween 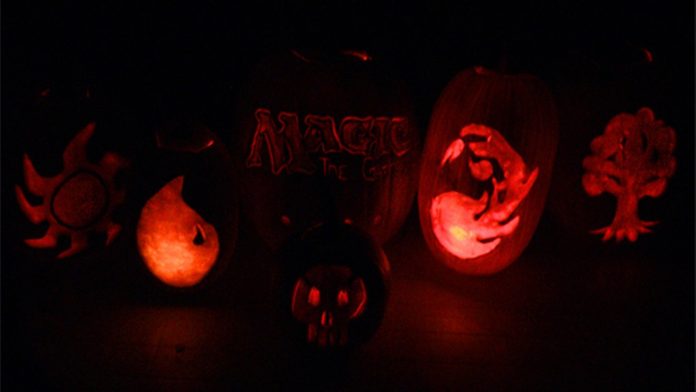 To celebrate Halloween with a lot of card games and good doses of terror, Wizards of The Coast made a selection of Magic The Gathering cards that will transport players to scary scenarios, with different creatures and references to epoch-making films. Among the tips are cards from the famous Innistrad plan, full of references to classic horror stories, which will be revisited in late 2021.

Card that has as reference the classic 'The Exorcist', from 1974, which deals with the demonic possession of a 12 year old girl. Double-sided, it reflects this duality with an image of a girl possessed on the side called “Young Cloistered”, which can be used in the maintenance phase, and the other face called “Profane Demon”, which makes the player lose a life point.

Letter based on the story of 'The Doctor and the Monster', which takes place in London, in the 19th century, and tells the story of Henry Jekyll, a doctor who believes that in all people there is good and evil and after an experience ends up releasing the monster that existed inside, called Mr.Hyde. On the one hand, the Scholar is a creature with 0 attack, harmless, unable to deal damage. On the other, a thug with 5 attack and very dangerous.

Card with reference to the film 'The Fly', which tells the story of a scientist who turns into a monster after one of his experiments goes wrong. This letter went through several stages of transformation and its history was told over two MTG collections. Until reaching his current stage, he was a Secrets Investigator, Insect Aberration and Aberrant Researcher.

Letter inspired by the film 'Invisible Man', which tells the story of a scientist who forges his suicide and uses his knowledge to become invisible and terrorize his ex-girlfriend. The card is resistant to spell abilities that the opponent controls and cannot be blocked.

Based on fairytale witches, such as Snow White, when entering the battlefield, it allows you to create a food token that is an artifact and can be used to sacrifice yourself, granting the user three more life points.

One of the icons of horror movies and Fridays 13, the black cat is the highlight of this card which, when defeated, causes the opponent to discard a card at random.

Based on the vampires in the classic horror stories, whenever the player casts a vampire spell and the card is in the command zone or in battle, its owner can create a black vampire creature token. In addition, whenever Edgar Markov attacks, the player must place a marker on each vampire on his side of the field.

This card is a reference to the classic horror films in which aliens invade Earth and when it enters the field it causes the player to gain control of the target opponent during the next turn.