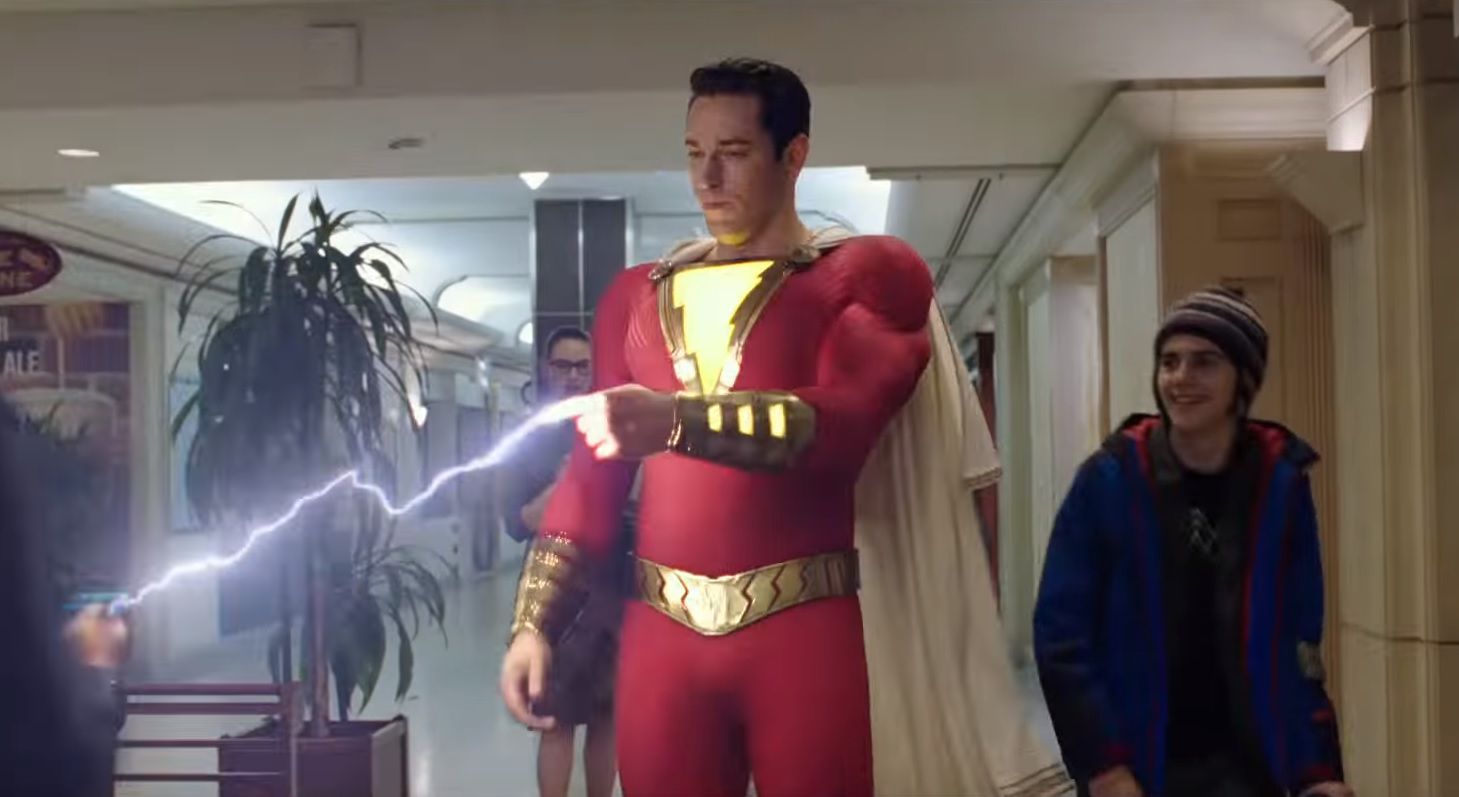 Biggest current bet from DC , Shazam! has been hitting since its first release. Showing very little of his plot, trailers that seemed to represent very well the character and a cast perfectly chosen, the production sharpened the interest and anxiety of the public. There was only doubt, would the film be really quality or just a good marketing job?

Well, Shazam! , in reality, presents a quality well above expectations. The Henry Gayden manages to capture the essence of the character, transmitting childish innocence together with the weight of responsibility.

After receiving the powers of a wizard, Billy Batson (Asher Angel) gains the ability to transform into a superhero when say Shazam. In this transformation, he becomes an adult man (Zachary Levi ) and manages to use his powers: The wisdom of S alomon, the strength of H ercules, A tlas resistance, the power of Z eus, the courage of A quiles and the speed of M ercury. Billy spends his days trying to adapt to change – and taking advantage of his powers in everyday life – until the emergence of Dr. Thaddeus Silvana (Mark Strong) shows that there are obligations to be met.

Much has been revealed of Zachary Levi’s humorous scenes, but little has been shown of the children’s cast, which is the part that really stands out from the film. Levi does a great job, his acting can transmit a child trapped in an adult body, however, however good his participation, was the fun part of the character. The responsibilities and emotional load are on account of the young cast, which makes it beautiful.

Representing orphaned boys, Asher Angel and Jack Dylan Grazer constantly need to show the pain behind their jokes and this gets well exposed in the film. It is clear that they are characters who have had many difficulties and use humor to hide their frustrations. Billy, who has all his exploited abandon, delivers fast and emotionally certain moments.

Humor packs the long. Filled with comic relief, Shazam! invests heavily in the funny scenes and this is no artifice to make the movie lighter, it is the only way to properly represent a child with Super powers. The jokes are well placed and viable, emphasizing the innocence of those who carry the powers.

Explaining the hero well, Shazam! is a movie that appeals to fans and non-connoisseurs. Using direct and effective scenes, the film shows the creation of both the protagonist and his villain very well, without appealing to super emotional or impressive moments. In parts, references to the DC Universe comics and the other characters’ developments can excite the most fan-critical – with some improvements, it’s a very faithful adaptation.

Shazam! comes to theaters as a great debut and a very promising future.